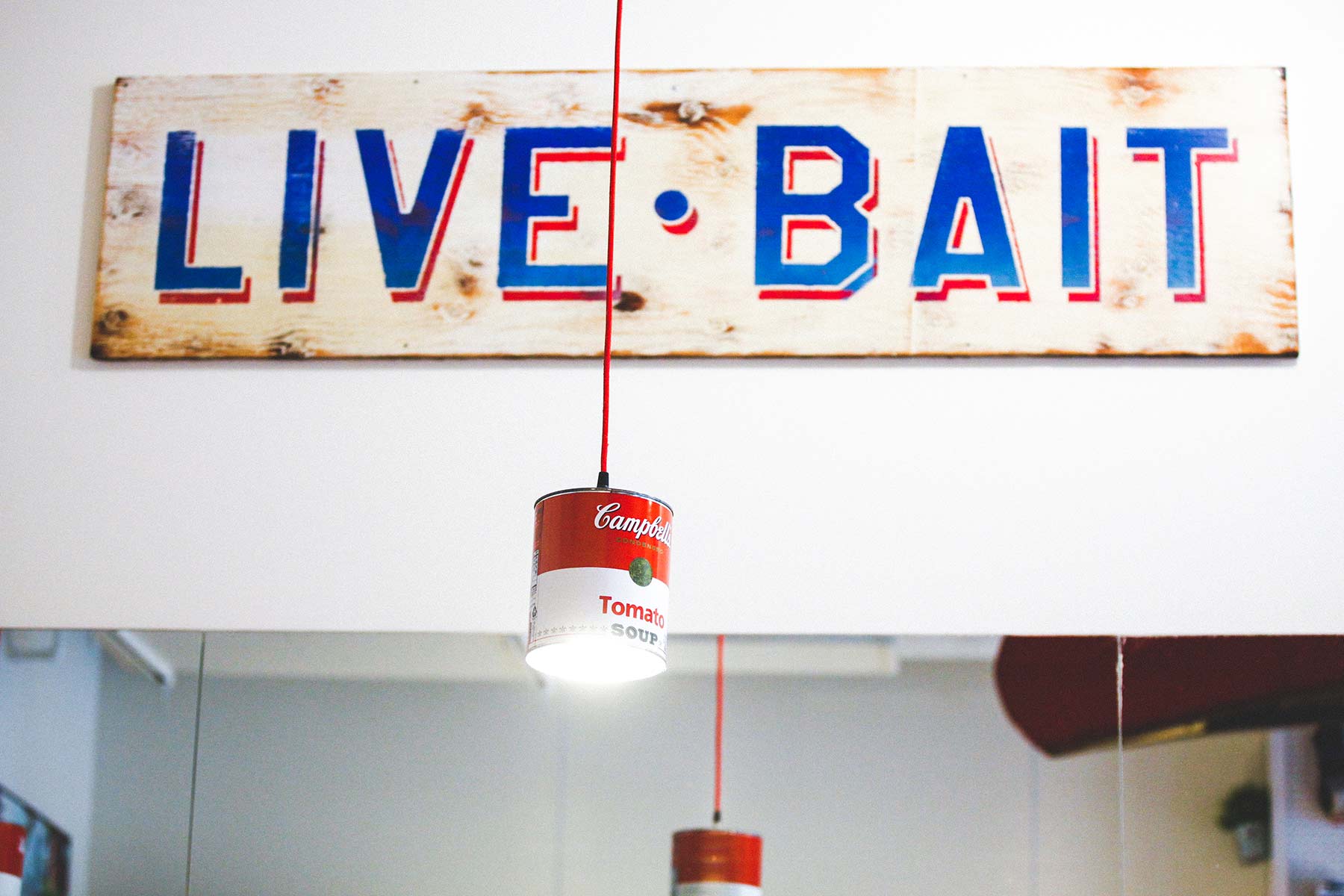 The idea of a tuck shop conjures up visions of cute neighbourhood stores filled with candy, small provisions, and smiling counter staff. It’s the stirring memory of sleep-away camp or family vacations spent by the lake, when the only problem was finding enough money to buy that second chocolate bar.

Vancouver’s The Tuck Shoppe pays homage to this old-school establishment, giving it a respectfully modern twist. Opened in February 2016, this sweet little Chinatown shop offers up sandwiches, salads, snacks, and craft beer, along with the more typical tuck shop goods like marbles and light bulbs—even Pez dispensers. “To us there was no better name to represent what we are trying to achieve with our concept than The Tuck Shoppe,” says Adam Merpaw, who co-owns the place with Zach Buckman. “We both have great memories in our respective childhoods of a simpler time hanging out in the backcountry and summer camp, scrounging up enough money to go to the local tuck shop to buy candy or other indulgences. Now we have The Tuck Shoppe, which really panders to this simpler time by having a small menu with adult indulgences of sandwiches and beer. And, of course, we do have a candy wall.”

The modest, bright space is full of charming details, from coloured varsity flags on one wall to the antique red canoe that hangs from the ceiling. Small tables line the left side, situated close enough together that they give the space a faint summer camp mess hall vibe—but instead of questionable sloppy Joes, The Tuck Shoppe serves delicious gourmet sandwiches. They keep things as local as possible, getting their bread delivered fresh daily from local purveyors Mix The Bakery and La Baguette; their beef is naturally raised at 63 Acres farms in Southern B.C., and all of their menu’s seafood is Ocean Wise and sourced locally.

The Pork Belly Cubano sandwich has been the top seller since day one: layered with slow-cooked pork belly from Johnston’s in Chilliwack, along with Swiss cheese, ham, housemade pickles, mustard, and mayonnaise in between soft and chewy slices of bread, it’s a salty, flavourful treat. Another classic sandwich is the French Onion Dip, with 24-hour beef brisket, caramelized onions, Swiss cheese, freshly grated horseradish, and a side of onion jus for dipping. Merpaw loves pairing the French Onion with 33 Acres of Ocean. “The caramelized sweetness from the onions and nasal sharpness from the horseradish get complimented by hop and caramel flavour of the beer,” he says. “Match made in heaven.” Served with a side of Maple Ridge’s Hardbite Potato Chips and a pickle slice, these sandwich meals are at once nostalgic and contemporary.

All in all, The Tuck Shoppe is about evoking that warm-and-fuzzy sentimentality—a concept that could easily tip over into being cheesy, but one that The Tuck Shoppe handles with elegance and sincerity. “Our concept really hinges on bringing back some of those nostalgic memories and also creating new ones by hanging out in a cool spot with friends and family,” says Merpaw. It’s genuine, it’s playful, it’s full of character. And just like those summer days spent gathering coins to buy candy, it’s that sneaking anticipation of good things to come.