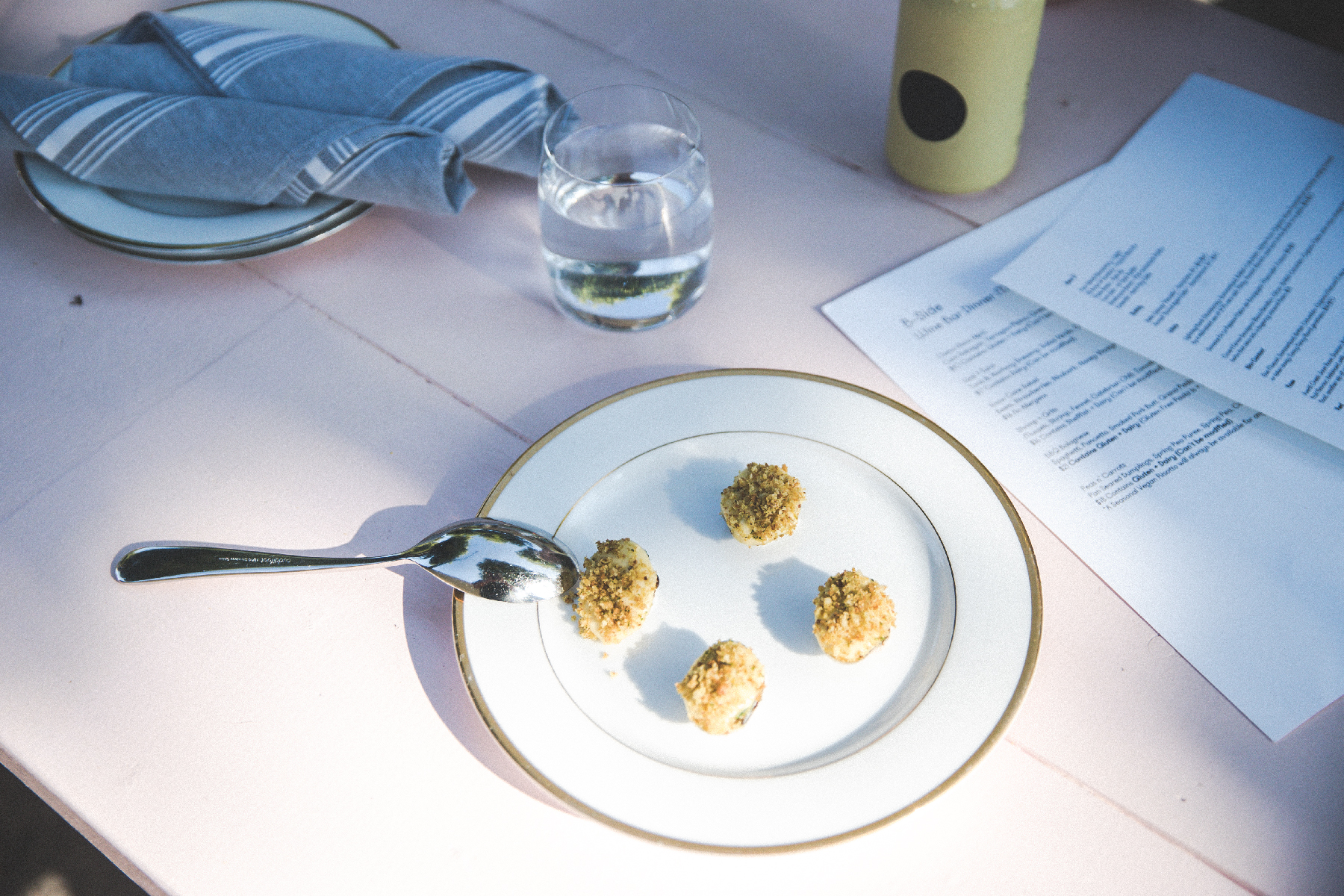 Craving Italian but also love Southern BBQ? Say Mercy has you covered. These guys do some classic Italian dishes with a touch of that Southern flavour. We sat outside at their new all day licensed patio, which they’ve dubbed the b-side…which is directly be-side Say Mercy. For their dinner wine bar menu they offer some of the same dishes on the B-side patio as inside Say Mercy, but they are now also open for lunch which is strictly sandwiches & drinks. The patio is off the corner of Frasier, on 27th St which is now blocked off to only foot traffic and their patio. Great spot to come with a small crew, have a bite and some cans of beer or with a date for some fine wine and entrees. We didn’t make it in time for their lunch sandwiches, which usually sell out, so we ordered one of their staples – the Barbecue Bolognese and Clams Disco :

A few images below.