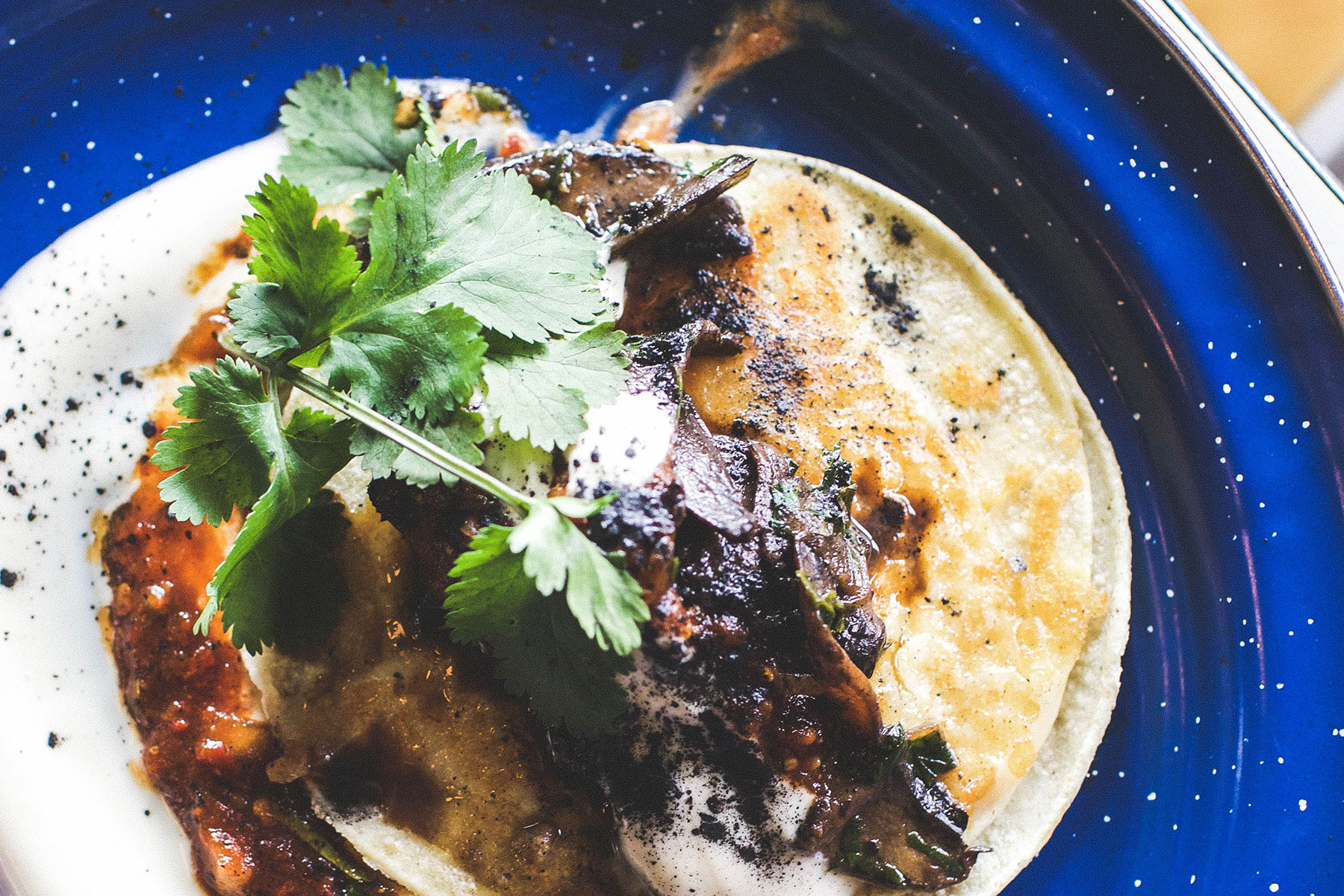 When thinking about alcohol in Mexico, the mind likely drifts to tequila or mezcal. But beer has long played a central role in Mexican drinking, and even eating. “All my memories of food in Mexico include beer as a central beverage,” says La Mezcaleria Gastown executive chef Mariana Gabilondo. “If the family liked to cook, inevitably beer was added to a dish, just to see what would happen.”

Experimentation is key in any kitchen, and Mezcal is no exception. Using 33 Acres of Echo, Gabilondo created a “drunken salsa” called salsa borracha that is made with morita chilies, white onion, and garlic. It’s a zesty flavour profile heightened by the infusion of the beer.

Our relationship flourished when La Mezcaleria opened on Commercial Drive. Upon getting our first tap there, excitement took hold and we stopped in for tacos on many occasions. There, the restaurant’s in-house mariachi band caught our ears—so much so that we asked them to start playing at the brewery, and they still play once a week in our tasting room to this day.

Herein lies the poetry of collaboration, and the underlying emotion of coming together. We join forces to better ourselves, and to better serve the community. “I believe that all this is the meaning of real Canadian food: the amalgamation of crossed cultures thrown together and thriving to become something new without forgetting the origins and influences of our lives and friends,” says Gabilondo. “Never stop sharing. Never stop tasting.” 3ND

1. Place the dried morita chilies, whole garlic cloves, peeled and quartered onions, and whole Roma tomatoes or tomatillos in a medium sized sauce pan.
2. Add just enough water to not quite cover and bring to a boil. Simmer for five minutes and then cover and let stand for five minutes.
3. Scoop everything into a blender with a slotted spoon and blend until smooth, adding just enough of the cooking water to get a nice thick consistency. Add salt and pepper to taste.
4. Pour into a mixing bowl and stir in 33 Acres of Echo, a nice hop forward India Session Ale.
5. Drink remainder of b33r.
6. Finish the salsa with the finely chopped white onions and cilantro, check the salt and pepper one more time.

This lovely aromatic salsa will go well with any number of dishes but it is traditionally made specifically for tacos. Keep it refrigerated for up to 3 weeks, if it lasts that long!