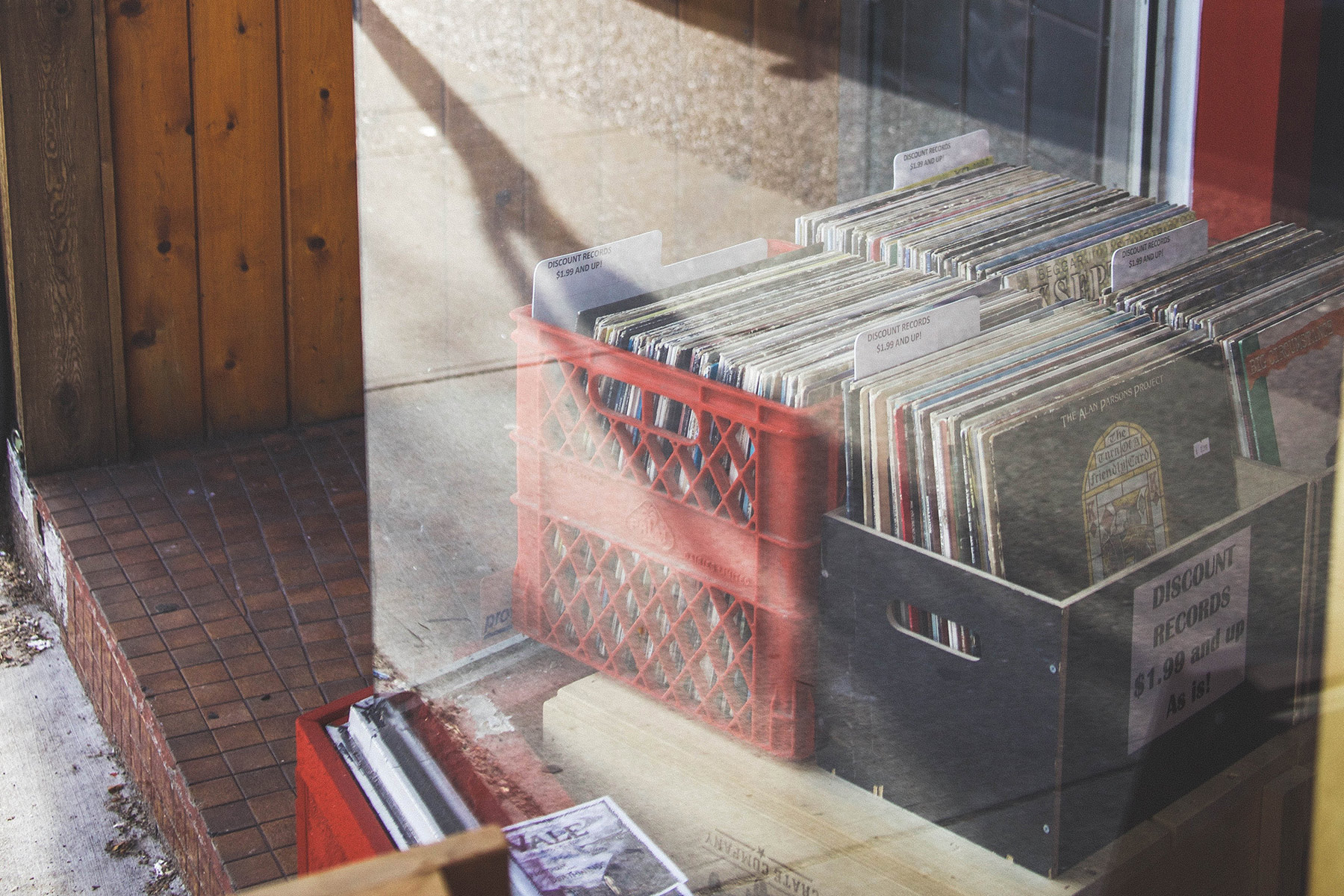 The record buyer’s music obsession is an intense mental occupation that requires an under-utilized willpower paired with a concise, inviolable intuition. I cannot walk by a record shop and simply rubberneck the dollar bins out front—instead, a very real magnetism sucks me into a compulsive yet satisfying wallet-emptying vortex.

We find ourselves in a time of abundance and accessibility when it comes to vinyl. We live in a city that has equally vibrant aboveground and underground music scenes; a city that allows our little society to sustain and evolve, even in the shadow of encroaching developers and rising rents. From Terminal to Broadway, our skyline is infinitely changing—but down on the street, it’s our views that uphold the values of our community.

“Community support is what keeps us alive, and obviously we love the music obsessives who continually help keep our doors open,” says Dandelion Records & Emporium co-owner Jeff Knowlton. “Several of them I wish we could clone. It’s hard running any culture sector business in this city when nearly everyone is rent poor.” Dandelion has been thriving on Main Street at Broadway for just under a decade, supplying locals with a thoughtfully refined, ever-expanding selection of psychedelic, post punk, ambient, krautrock, progressive, disco, and what I can attest to being an acutely diverse and well-represented African selection. The amount of time Knowlton has spent listening to records as a child and obsessively as an adult is clear, as his tastes are not restrained to genres, eras, or borders.

I grew up in a home filled with music at dinnertime and my old man’s band mates smoking electric lettuce and jamming: no doubt a formative home to be raised in. If I hadn’t been exposed to Grateful Dead, Steely Dan, and whatever the fuck bluegrass was playing at my parents’ house growing up, I would have an inherently different taste in music as an adult.

Walking into most record shops, you’ll not only feel the warm fidelity of what’s spinning on the table—you’ll also recognize the tight quarters that these expert collectors have managed to cram and organize their vinyl into. Red Cat Records on Main and 28th has been a mainstay for about 15 years, and is just as welcoming to the 14-year-old loner buying the Radiohead discography as it is to the grizzled rockers looking for partied-to staples to fill up those empty slots in their collections. “We all love and hate certain music, and it keeps it lively but also tolerant,” says long-time Red Cat employee Penny Jo Buckner. “The way people are into music these days is so different than when I was a teen. It’s not weird for someone to buy a Slayer record and an Angel Olsen record and a Glenn Gould record all together anymore, so I think having a bit of everything is kind of our deal.”

Then there is Rob Frith’s Neptoon Records, which opened its doors in 1981—making it the oldest independent record shop in Vancouver. Located at Main and 20th, Neptoon is now run by both Rob and his son Ben, who was literally born into it. “I wasn’t even born until 1987—I really grew up with it around me my whole life,” Ben says. “I used to hang out at the shop on weekends when I was a little kid, and started working here in high school. After high school I became full-time, and haven’t stopped since!” Ben plays music with local bands, and even toured as a drum tech with living legends Black Sabbath, so his intrinsic role in identifying and implementing current music is vital to Neptoon’s institutional place in our community.

April 22 of this year marked the 1oth annual Record Store Day, which is basically a national holiday for vinyl nerds. Hordes flocked to their local shops to catch one-time-only releases, but Neptoon’s focus isn’t just on the records: the shop also hosts an all-day in-store festival, with the corner by the Metallica pinball machine acting as a stage. Talking about the festivities, Ben states simply, “You will see how strong the music community is in this city.” And I have, and it’s bonkers: freaks cram into each nook and cranny, and even pour out onto the sidewalk. I can’t wait for the next one. 3ND